The Chipuffalo Wing is our signature dish – a true fan favourite and a Thunderbird trademark that won us our first title: London’s Best Wings. 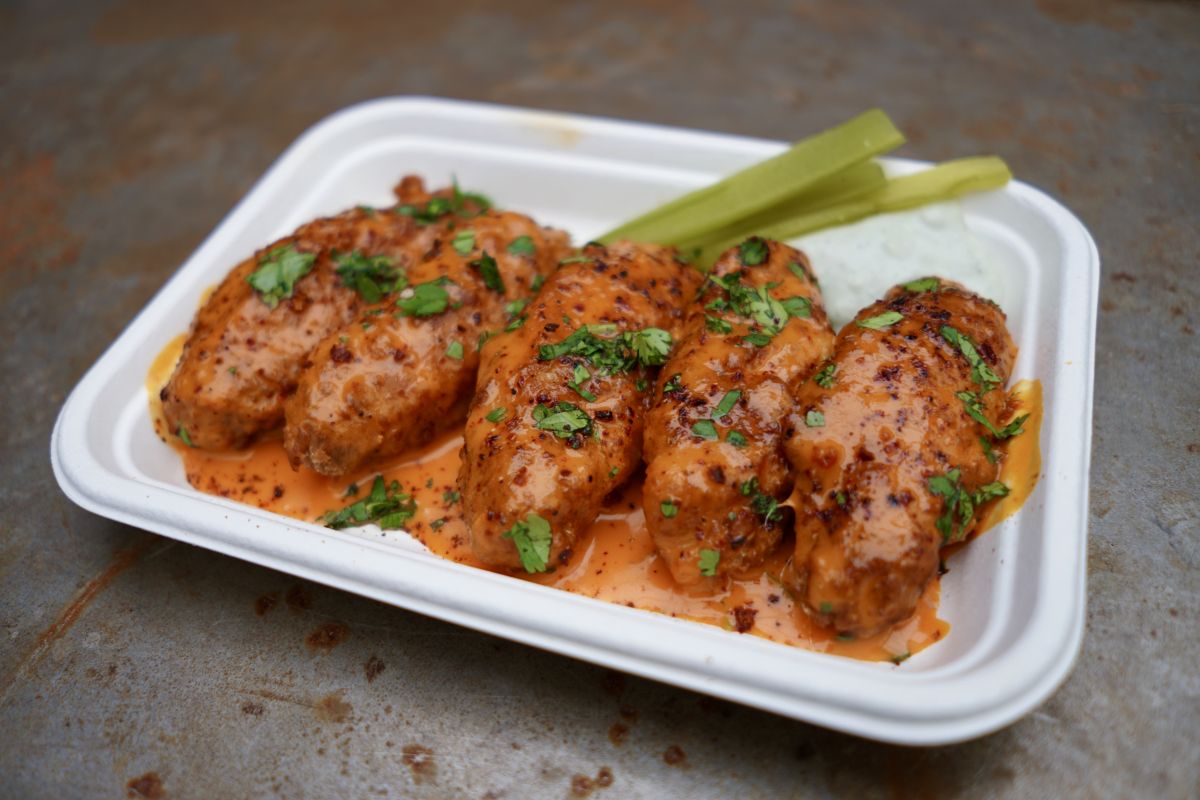 Back in the BBQ Lab days, I had a fryer in storage and I wanted to put it to good use. My time in the States saw some of the best buffalo wings in the world – specifically at a biker bar in Charlotte, North Carolina, that served all you can eat wings for $15. They were unbelievable.

I wanted to give buffalo a go, but crank it up a notch – take the traditional recipe and pull it apart, figure out what made each element work, and add my own spin.

Traditional buffalo wings aren’t breaded, but ‘naked fried’. I wanted some serious crunch on my wings, so I set about making the most crispy, golden bread mix for that ultimate deep-fried crunchy coating.

The standard sauce recipe is just Frank’s Hot Sauce and butter. I tried to avoid the bottled hot sauce and make my own version, but after several attempts, I gave in – Frank’s is simply the best out there. 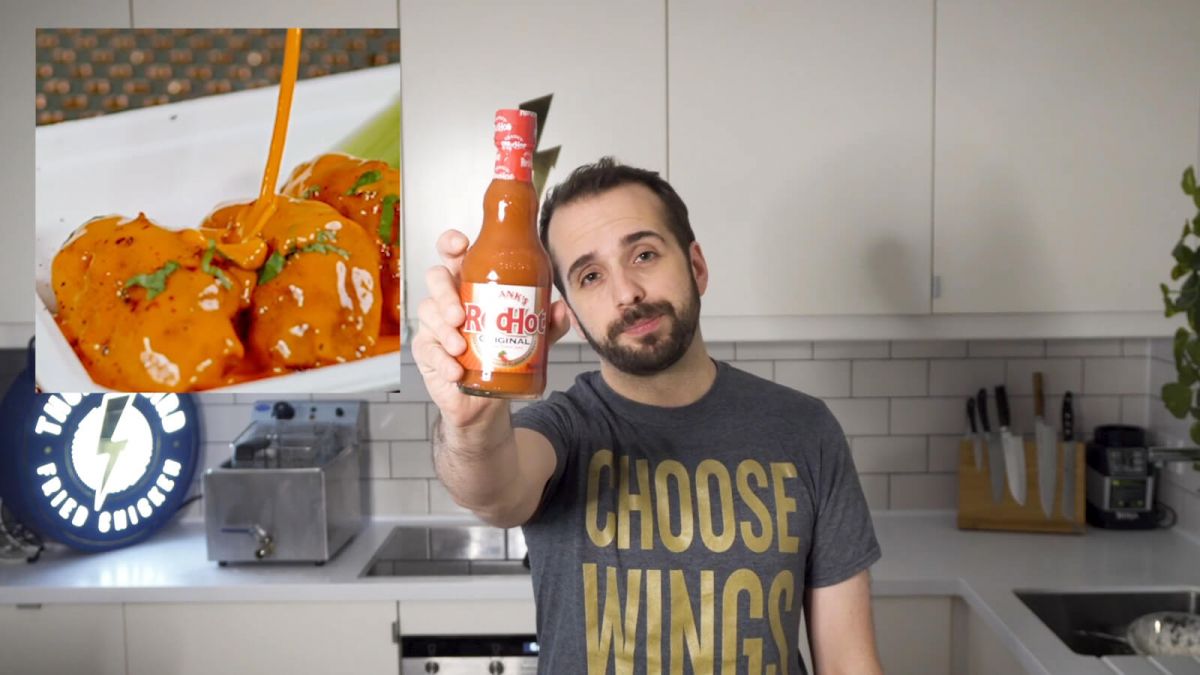 I knew there was still room for improvement, so I spent ages playing with different ratios of ingredients, trying to balance heat, richness and acidity. My eureka moment was realising it needed something smoky - enter chipotle. I tried chocolatey chipotles, smoky chipotles, powerful Mexican chipotles. Blended into the sauce, they delivered that third dimension that I was craving. And the pieces of the puzzle fell into place:

I’m a coriander fiend, so despite its marmite reputation (sorry to all the haters), I added a little sprinkle on top of the wings to bring some freshness to each bite.

Some research indicated that blue cheese and truffle share a lot of the same flavour aromatics/chemicals, so I added some truffle to the cheese sauce, served on the side for dipping. It worked perfectly.

Finally, the celery - those watery sticks of mediocrity that are traditionally served with buffalo wings desperately needed some jazz hands. A simple sweet pickling sorted that out.

I made a few batches and piled them up in a big heap, like how every wing I’d ever seen had been presented. But after all the effort, I felt like the presentation wasn’t doing the wings justice.

I also realised that I didn’t really like the drum part of the wing, and preferred the flat, middle joint. I scrapped the drums and pledged allegiance to the flat – the flat wings looked awesome when they were neatly lined up, side by side, and this became our signature presentation style. It’s recognised in London and beyond, popping up on Instagram feeds everywhere.

About three months after they went onto the menu, we went to WingFest 2015, and walked away with the trophy; Best Buffalo Wings in London. That’s the day, for me, that Thunderbird was born, and we’ve gone from strength to strength ever since. All hail, Chipuffalo.