An Ode to Giant Robot

Way back in January 2017, we were called BBQ Lab, trading out of a little wing stall at Street Feast’s Dinerama in Shoreditch. Street Feast were planning to open an epic riverside venue in Canary Wharf, called Giant Robot – and we wanted in. 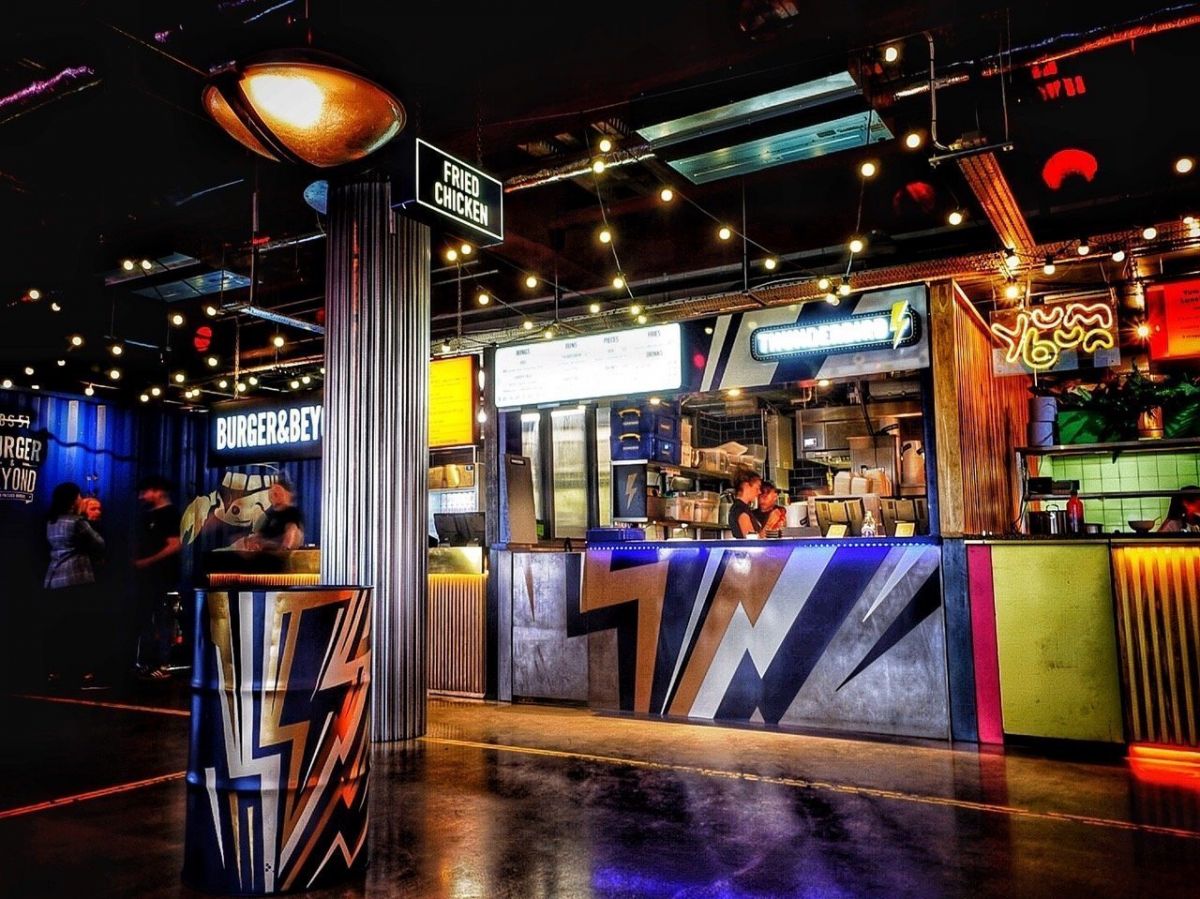 A full fried chicken menu had been in development for the best part of a year, and we’d been flirting with various brand names and concepts.  When Street Feast offered us a spot in the new Giant Robot site, it was time to make a decision about what BBQ Lab would become.

We finally settled on Thunderbird and everything kicked into full turbo mode as we started to prepare for the opening of Giant Robot, which was just a couple of months away.  Logos were scribbled on napkins, kitchen layouts scribbled on notepads and much begging, borrowing and maybe a little (harmless) stealing took place.

Fortunately everything came together in time... but man, was it tight! On the first ever preview night, we only had a working fryer 30 minutes before the doors opened. None of the team really knew what we were doing, except that we had to pump out a few hundred portions in a couple of hours, and we’d simply have to work it out as we went along. And it worked. It REALLY worked.

Over the next few weeks we settled into a groove, and it was immediately apparent that we were onto something great. Our sales, relative to anything that had been done prior with BBQ Lab, were huge. We were doing more than all of the other traders put together.

But this wasn’t really a street food enterprise any more, it was more like a mini restaurant. For the evolution of the business, this was an incredible opportunity, as it allowed us to hone our craft, without the full pressure of a running a traditional standalone restaurant. Our success at Giant Robot attracted the eyes of private equity investors who went on to fund Thunderbird into what you see today.

We continued to improve what we were doing and built up a loyal following of customers, who would come back to visit us week in and week out. One legendary dude was a regular for Thunderbird lunches and dinners, sometimes on the same day – absolute hero. 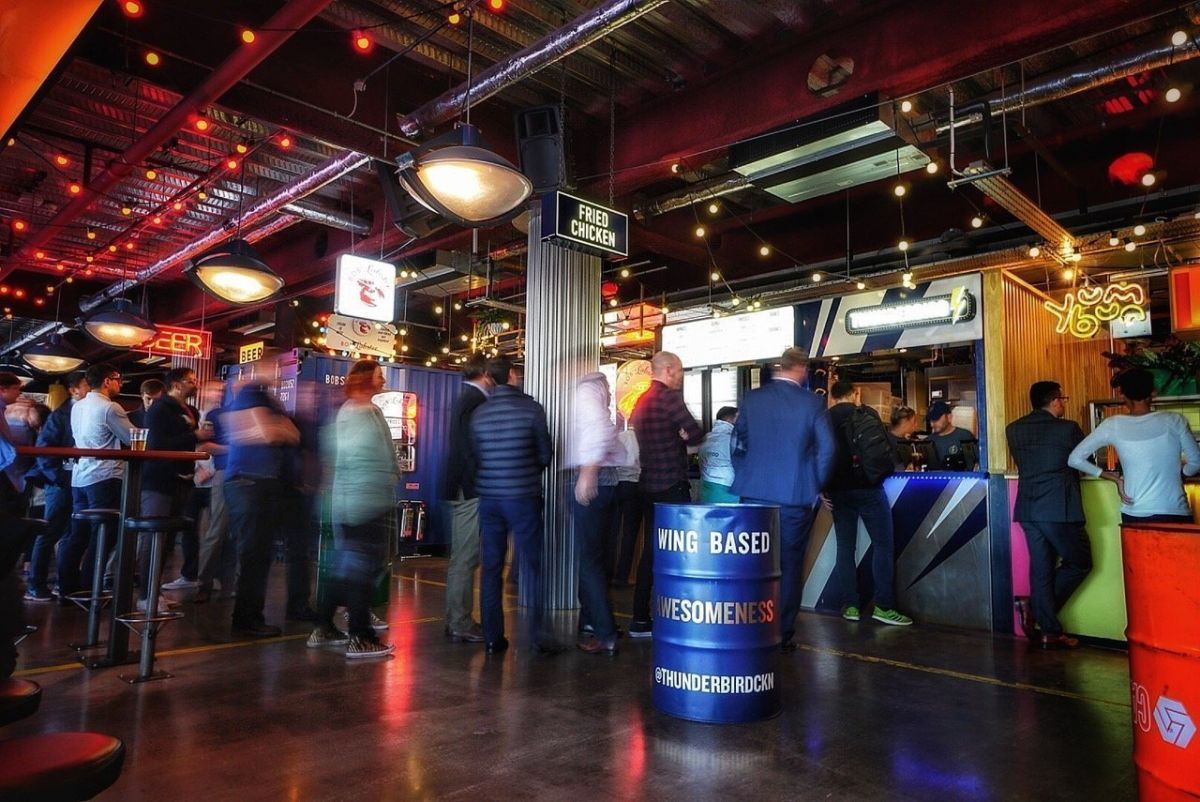 We were utterly heartbroken to see the site close due to the pandemic, and so disappointed to say goodbye to all of our loyal customers, as well as the fellow street food traders and friends working alongside us. It was our first home, and the venue that helped us grow into what we are now – so we’ll always be grateful for the opportunity to trade there, and to have been part of such an awesome destination for Canary Wharf workers, locals and tourists. Giant Robot was such a unique venue - transitioning from a quick office lunch spot to a giant house party after the sun went down - those riverside views from the wraparound terrace, with a festival-sized cocktail and a bucket of fried gold made unbeatable memories. 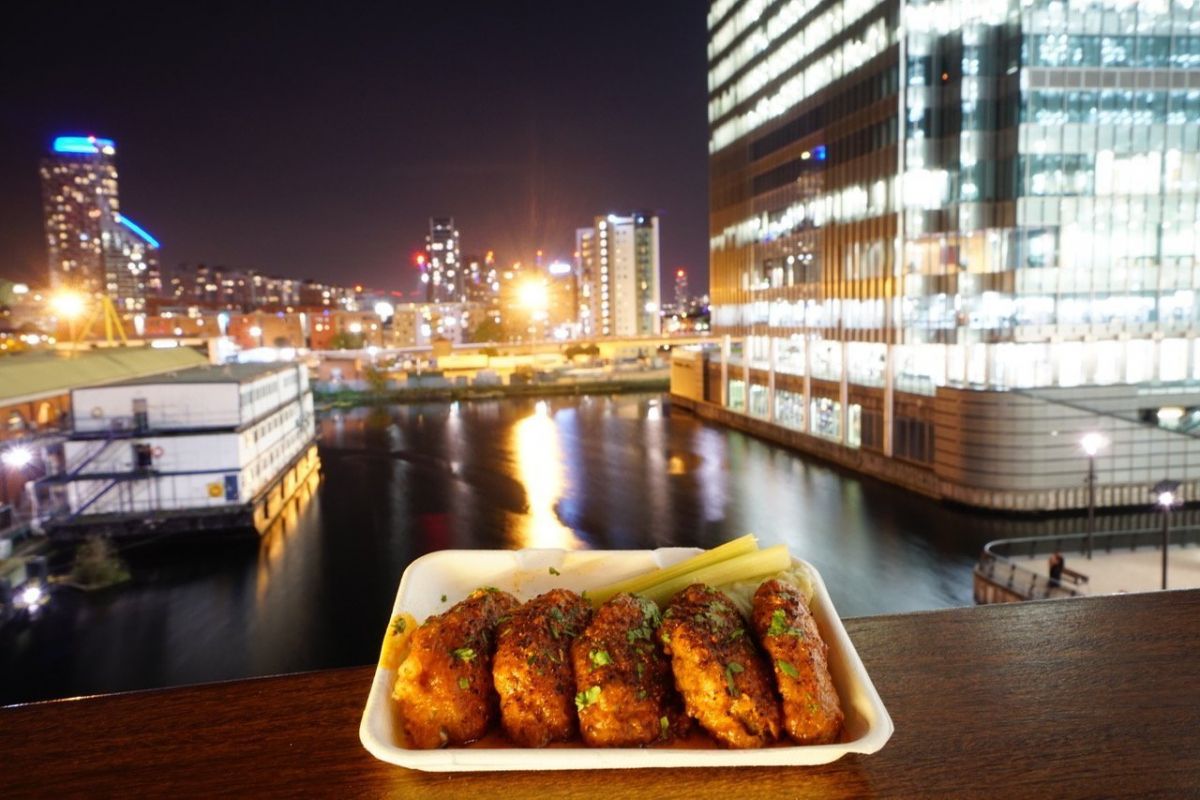 But we don’t see this as a goodbye to Canary Wharf. We love our customers there, and all the support we received after announcing our closure gave us all the more drive to come back bigger and better in a new, perfect location.

There’s no better way to end this than by sharing a few memories that our followers shared with us on social – a true ode to Giant Robot and the birthplace of Thunderbird.

@patraic_ellis the GF and I had one of our first dates there!

@bigpun69 So many memories there. Thank you for years of great service and food.

@booreviewsfood my first experience of your chicken was there – fond memories!